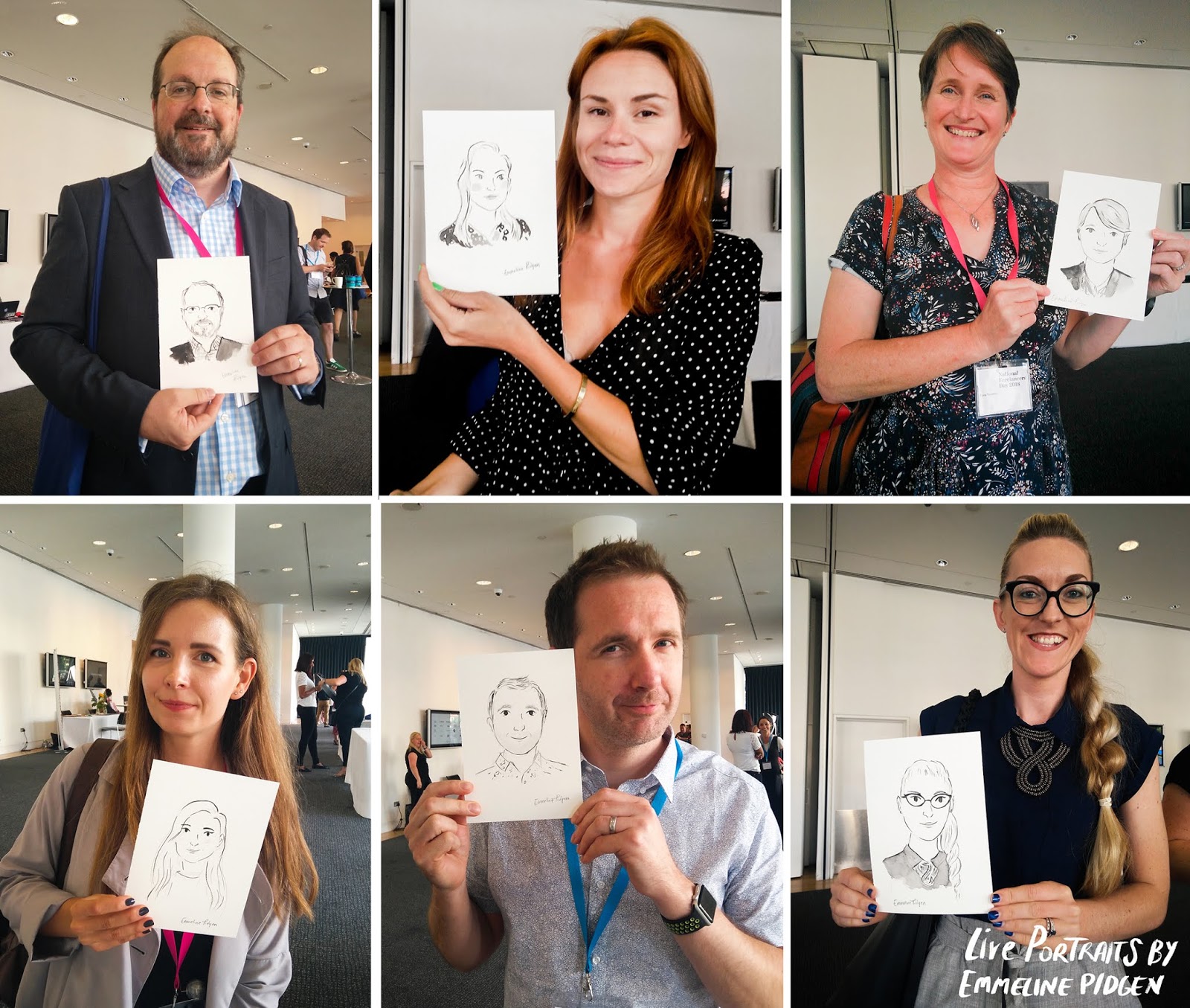 Just over a month ago, I was invited to London to appear in the IPSE Freelancer's showcase and illustrate live portraits for National Freelancers Day! IPSE's NFD event took place in the beautiful King's Place venue, and I set up in a gorgeous room overlooking the canal. 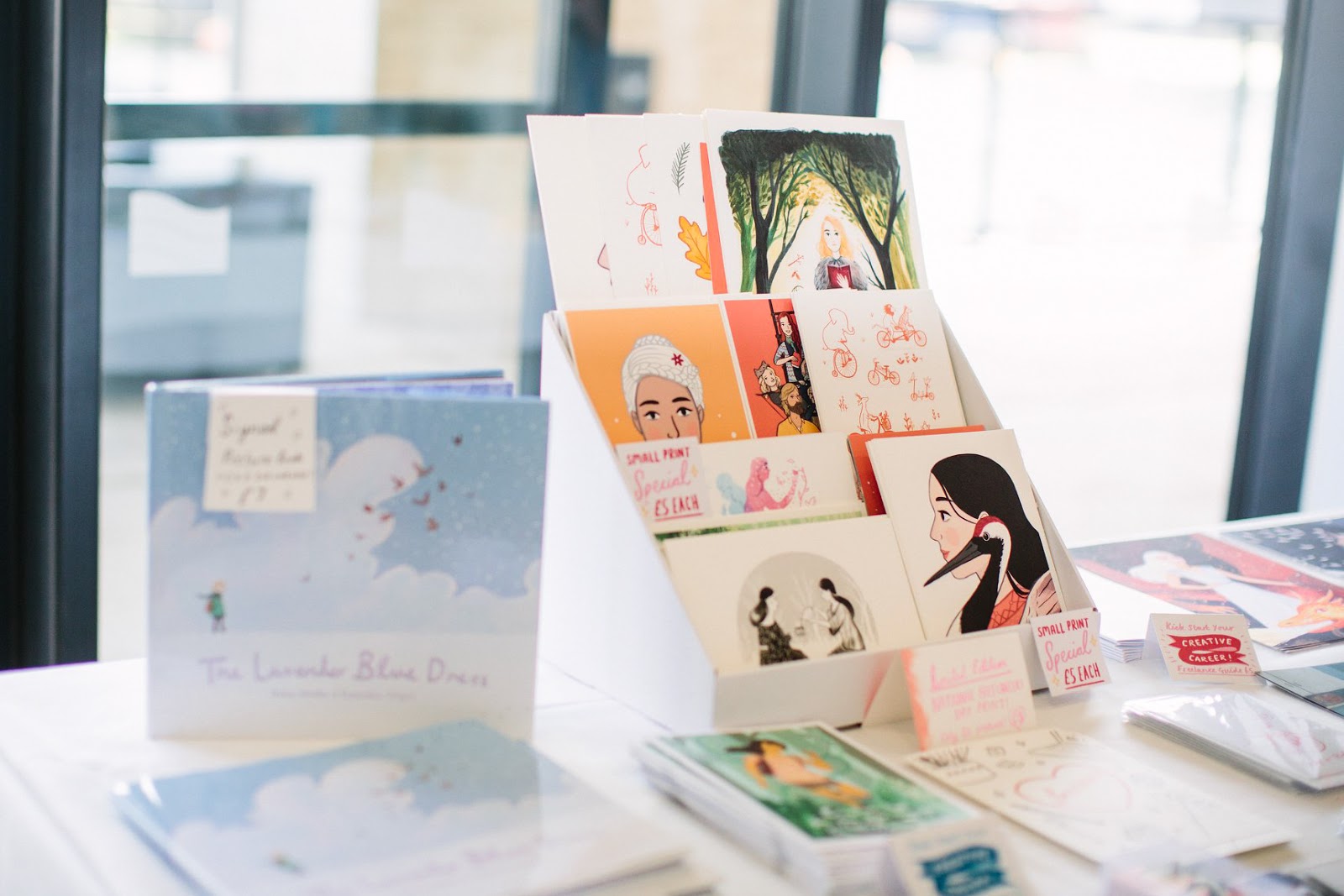 This was my fourth time at a National Freelancer's event, and after winning National Freelancer of the Year in 2016, I got to see the title passed on to the lovely Iona Bain in the freelancer awards this year! Harvey Morton took home the young freelancer of the year award (and, inspiringly, mentioned he'd use his prize money to hire a local apprentice), Chris Pipe won the New To Freelancing award, and the lovely Faye Dicker of Freelance Mum won Ambassador of the Year. I have to say watching this year's awards was a little more relaxing than it had been the last couple of years with being up for the award in 2016, and being on the judging panel last year! It was great to catch up with so many of the familiar freelance faces I've got to know over the years, and say hello to so many new ones.

Before the awards ceremony, I spent the day illustrating portraits for the event guests. It was so inspiring to get to chat with freelancers from such a variety of fields (also note me pulling out my multi-tasking skills there to hold conversation, paint portraits and be filmed at the same time!). Attendees got to take home their portrait as a memento of the event, and we sold out of timeslots in minutes! I also had an adjoining table selling my illustrated prints, books and comics - as well as a limited edition set of 20 freelancing print made exclusively for National Freelancers Day (these are £5 and there are only a couple of these left for sale if you fancy one, get in touch!).


If you're interested in booking me to create live portraiture for your event, please get in touch or read more on my website!

Thanks again to the lovely team at IPSE for inviting me down, and the wonderful Nisha Haq for a bundleful of these photos ♡ 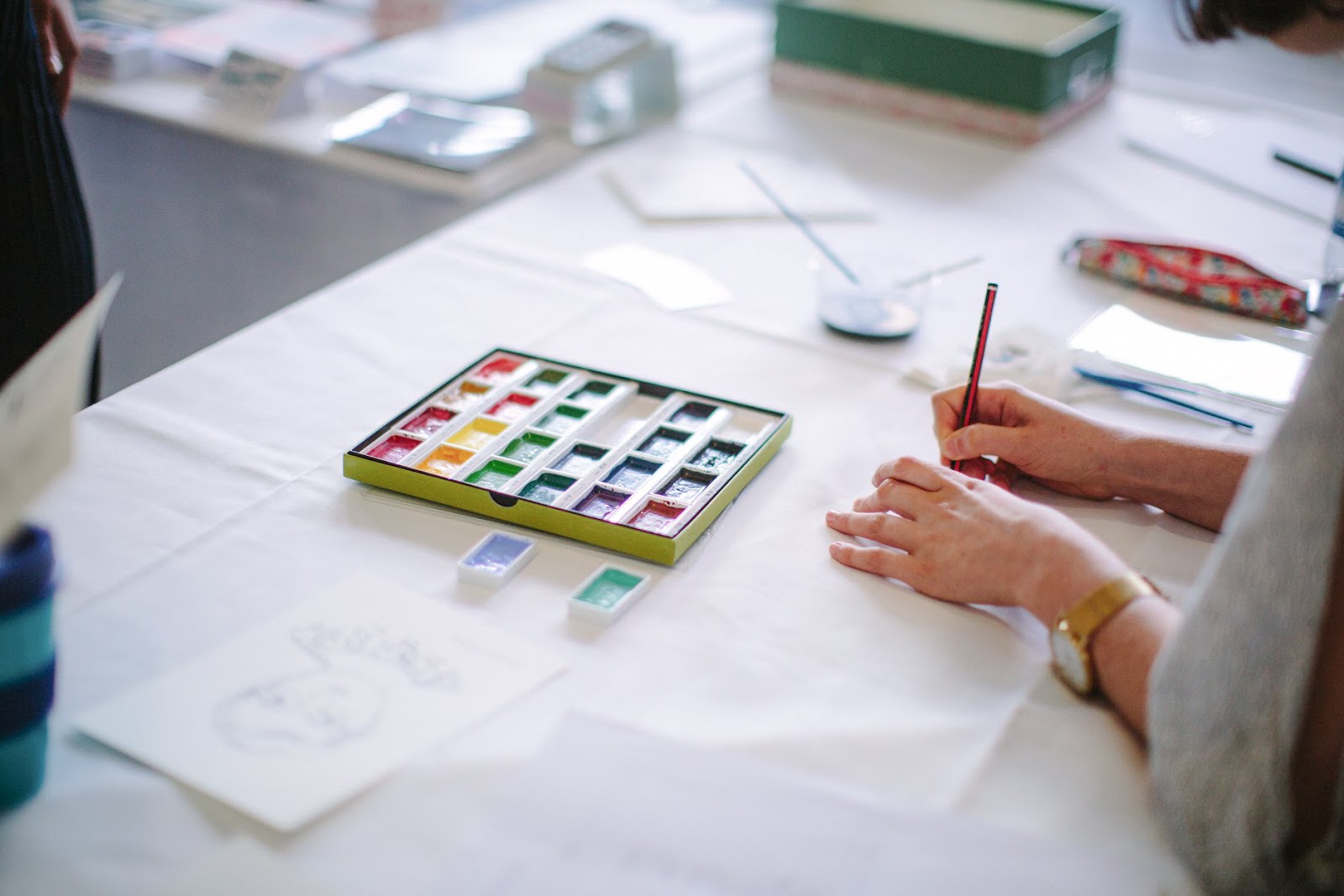 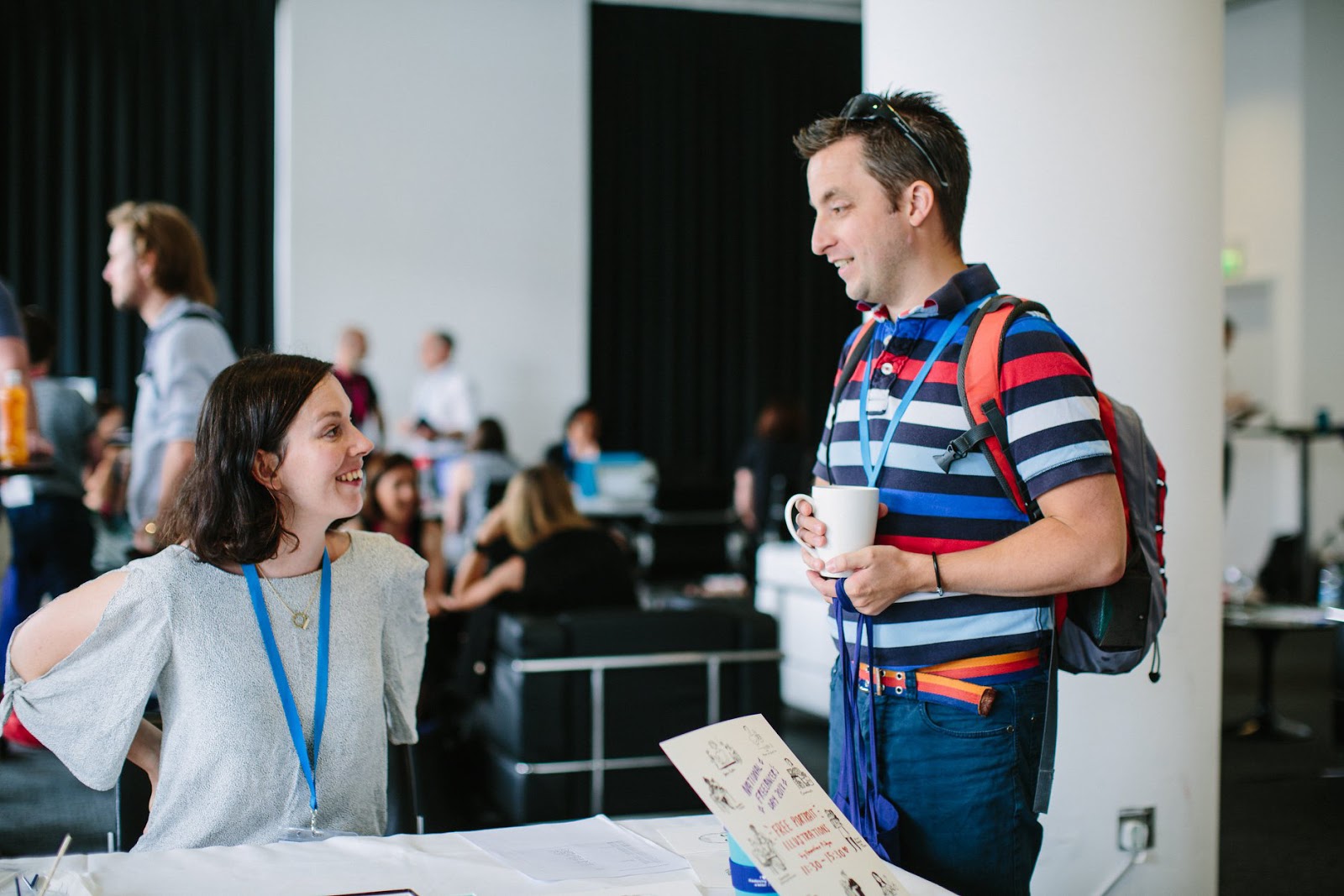 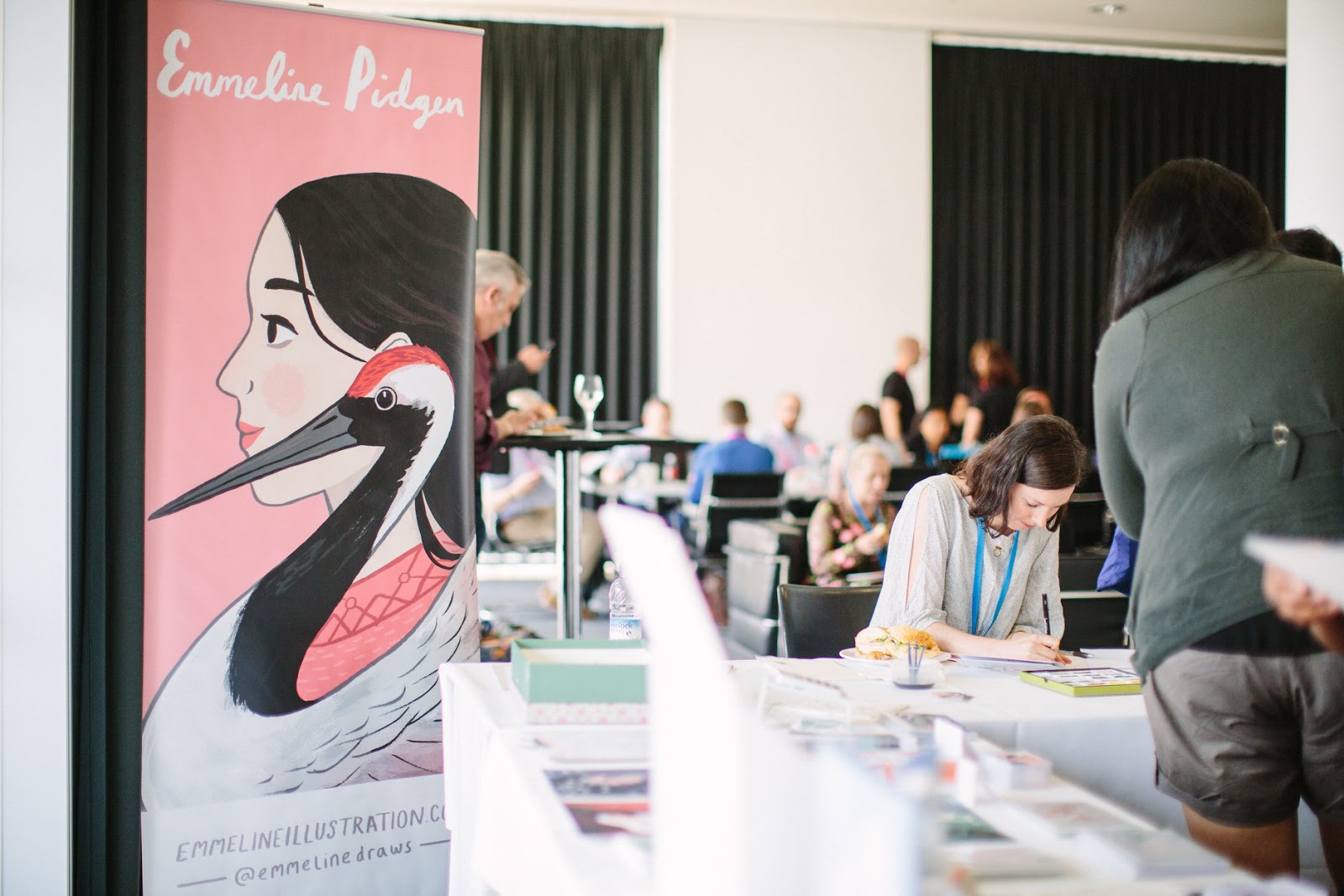 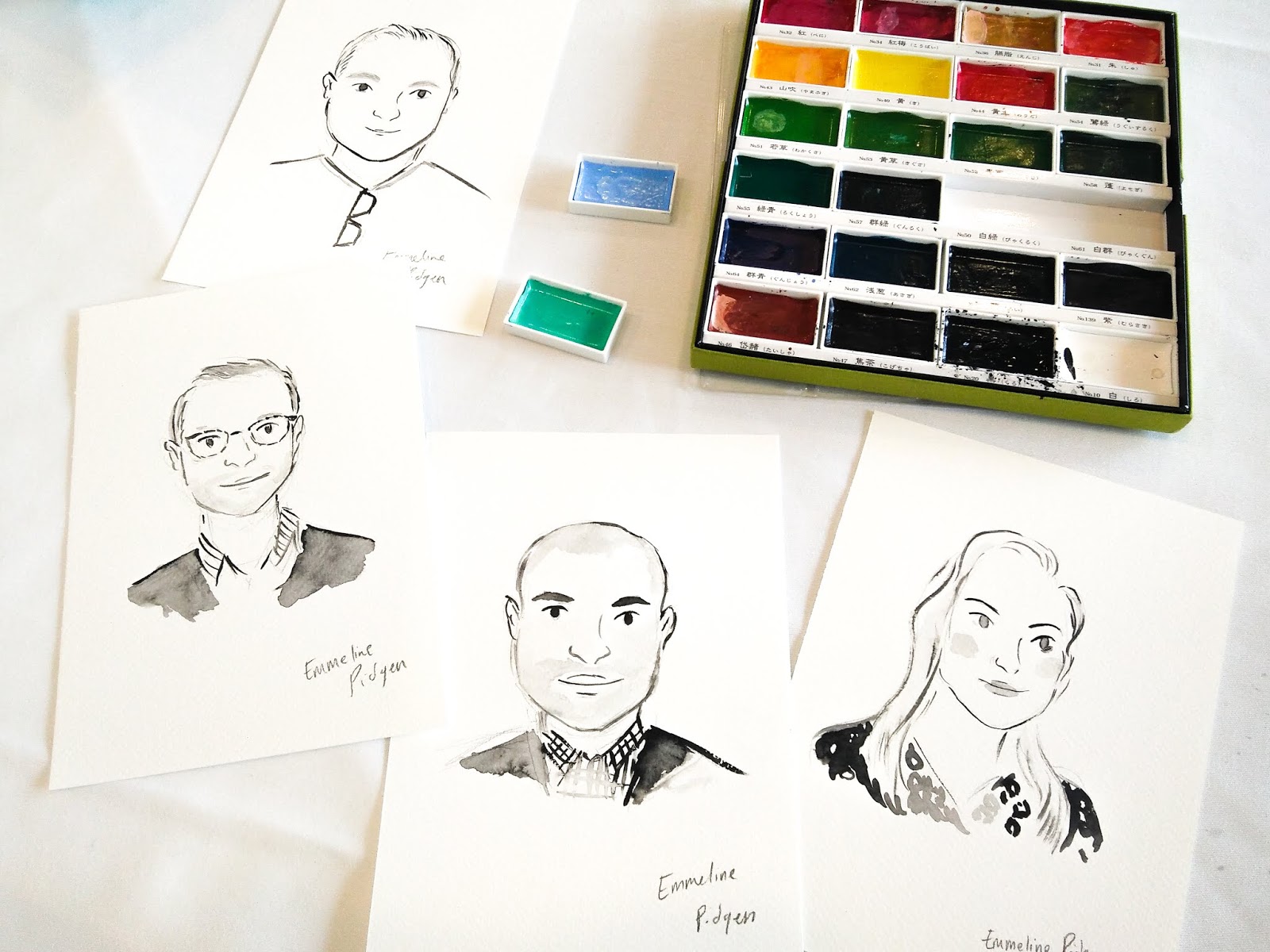 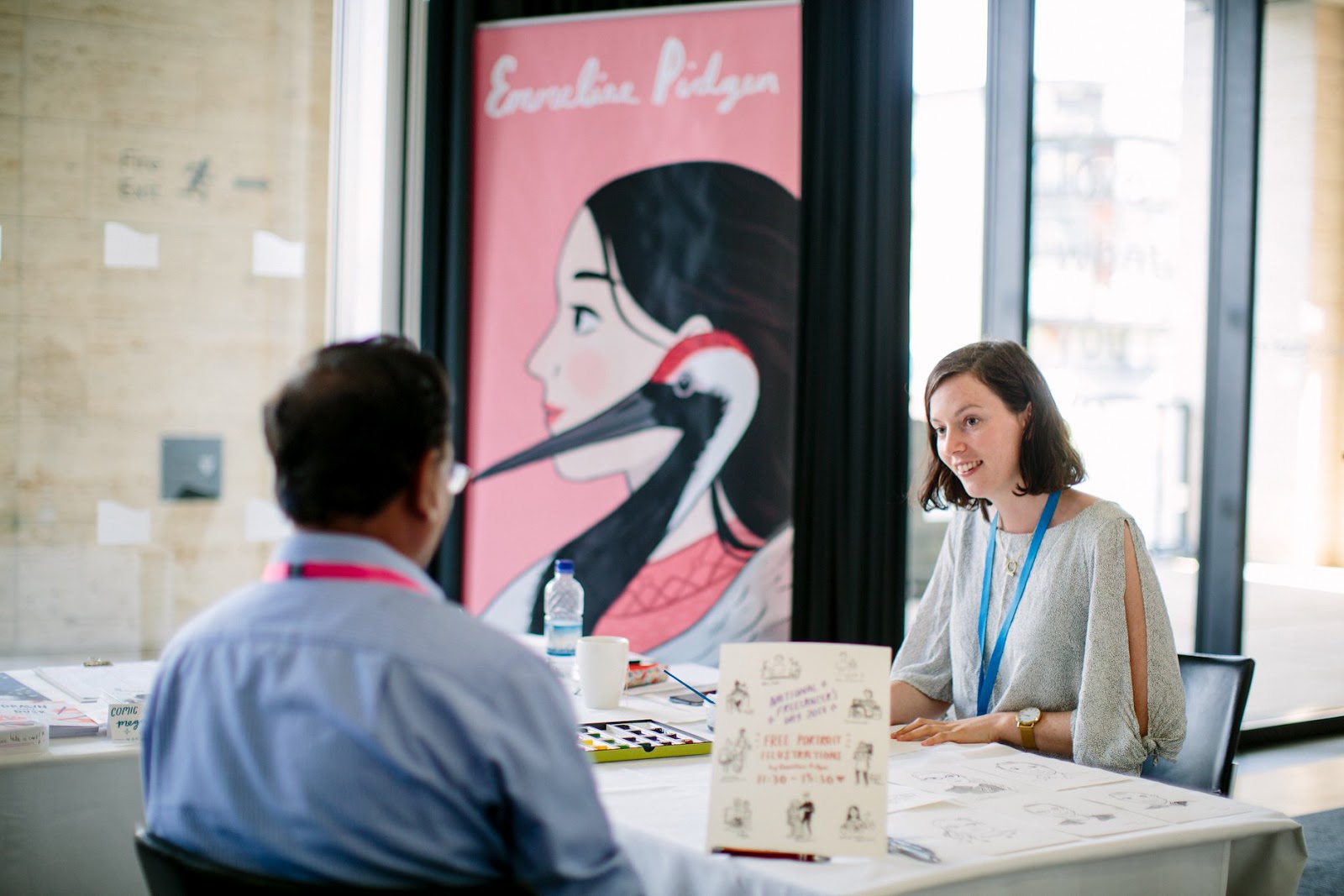 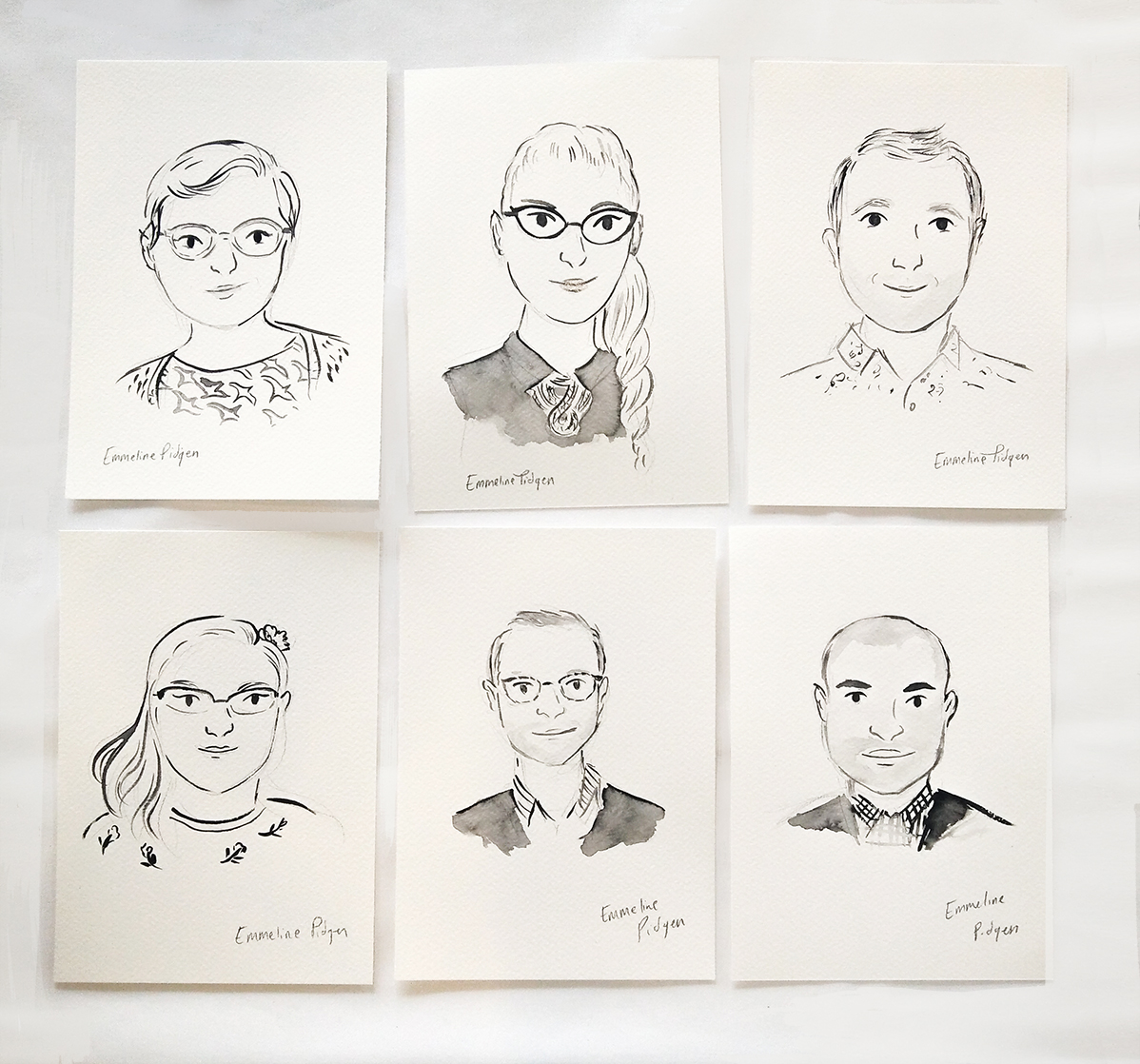 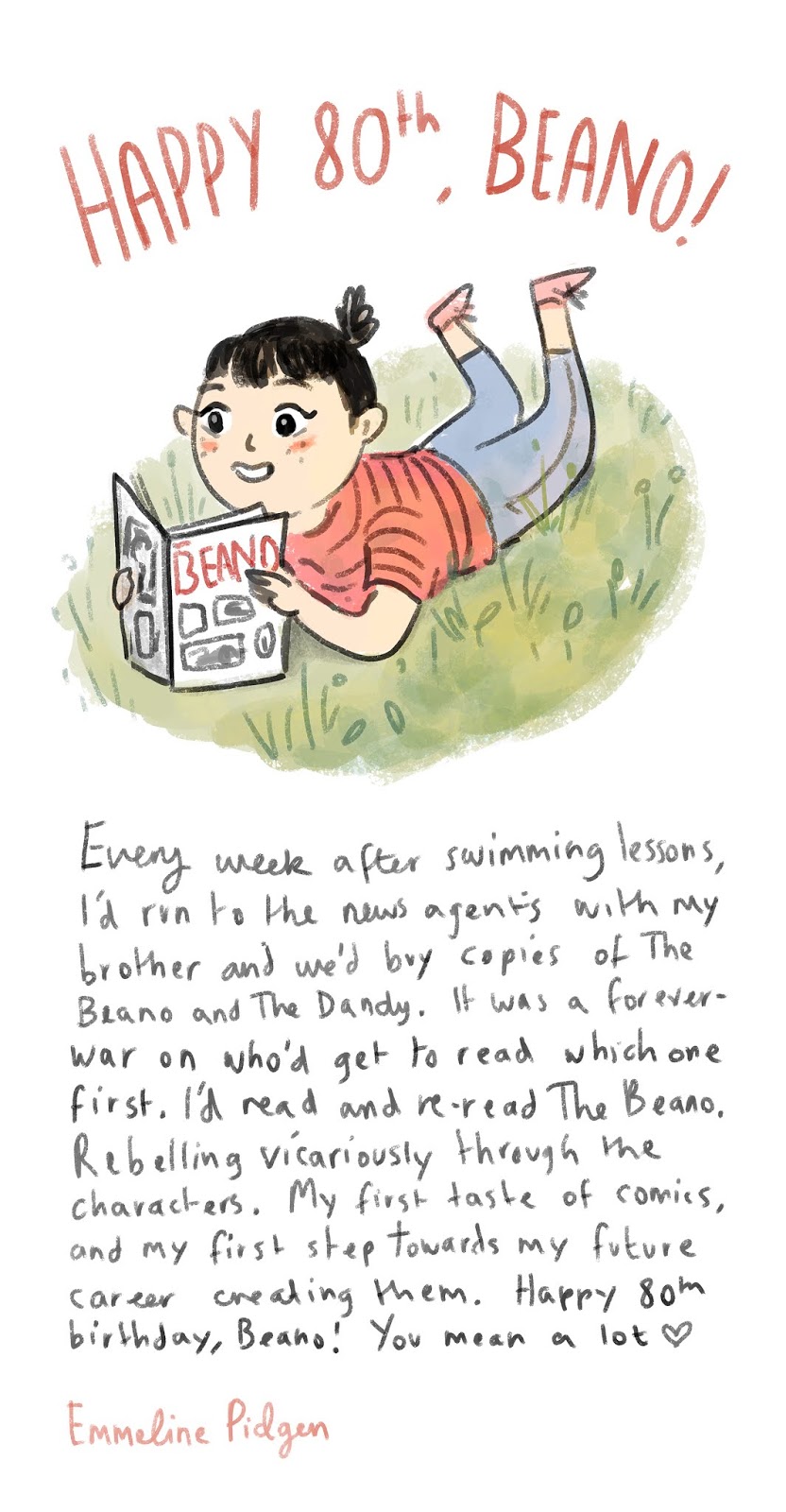 A little love letter to The Beano comic on their 80th birthday! I think the image says it all, really, but it's been great for me to follow the threads of inspiration throughout my life from my childhood favourites, to the work I'm creating today. Here's hoping that the children's comics I'm creating, like Nona The Ninth for Goof comic, help inspire some other excitable little girl whose damp hair smells of chlorine, but is absolutely beaming after spending her pocket money on comics.
Posted by Emmeline Pidgen Illustration at 14:55 No comments: Well pals, it is a TREAT to share this with you: I'm officially creating a monthly story for Goof! comic!

My comic is called ' Nona The Ninth ' and features a strong, young lead character called Nona who is an aspiring scientist in Victorian era England. She's also the youngest of nine siblings (hence the name Nona, which is a classic Latin name meaning ninth!). So expect lots of experiments, family drama and silly mishaps, with the added important bonus of encouraging young girls' interest in science! Nona's bloomin' cool, and I can't wait to share her story with you all. 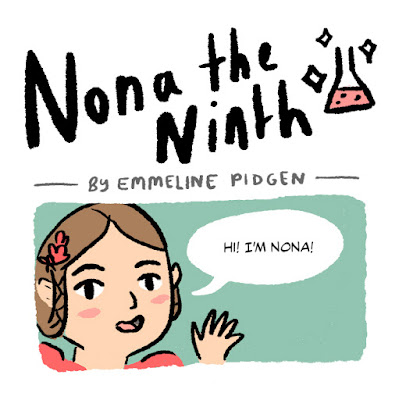 Nona The Ninth is all created digitally, with tonal colour backgrounds, no panel outlines, and a big emphasis on simple linework and a lot of expression. Right now I'm planning my first year's worth of story (issue 2 has just been sent off!), and I'm having a lot of fun delving into characters, researching Victorian times (ugh I love a bit of historical context) and finding fun experiments for kids! Goof! is a monthly digital comic for all-ages, featuring over thirty amazing comics creators from around the world, each with one or two page comics hitting your inbox each month! So that's, like, a lot of great comics. You'll find amazing stories by comic creators like Lew Stringer, Tor Freeman, Ken Niimura, Dick Vincent, Andrea Bell, Jess Smart Smiley, Genie Espinosa and of course Goof!-father Marc Jackson (plus loads more!). The comic is subscription based, and a ridiculous-bargain at £1 per issue.

Goof! launched at Macc-Pow comic festival, where I was lucky enough to be invited along as a guest (meaning I also ended up taking part in an event where I had to draw with my eyes closed)! We grabbed this snap of as many of us as possible on launch day (thanks to Richard Buck for that). They're such an amazing group of people, and I'm so excited to be part of this comic! 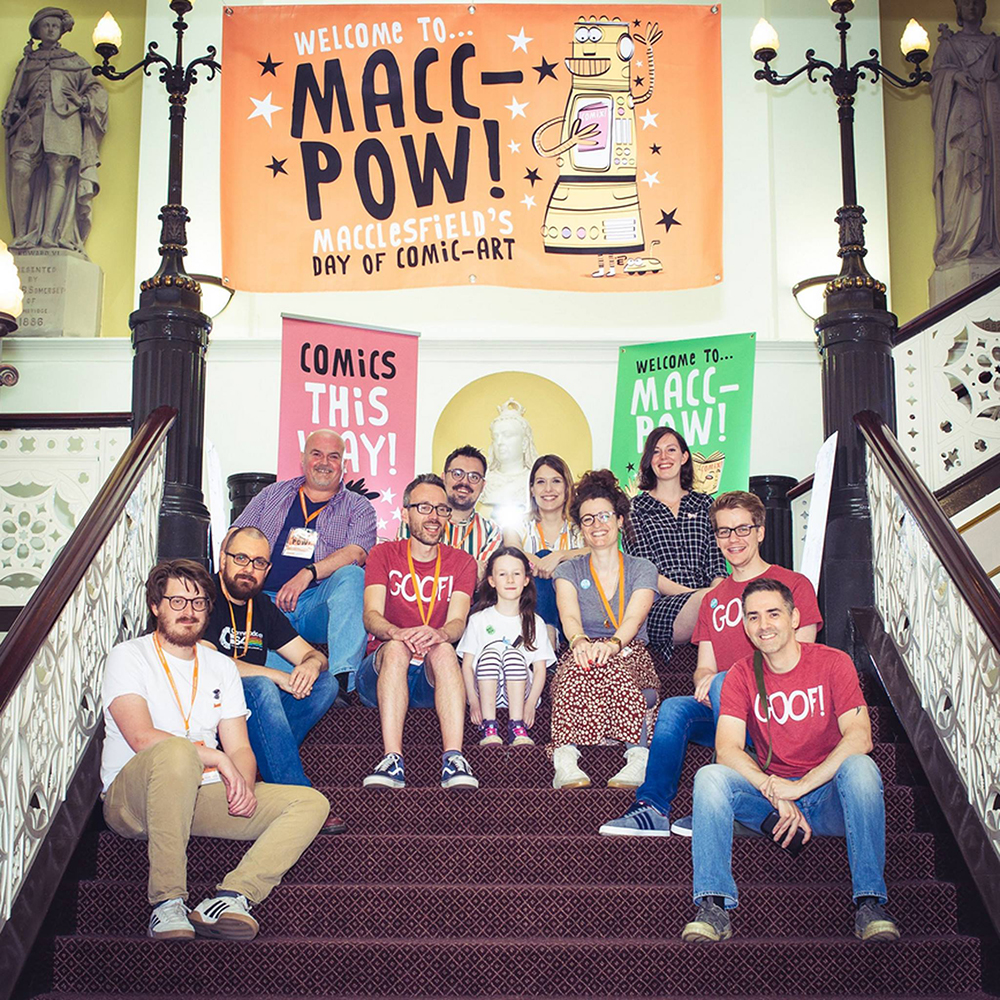 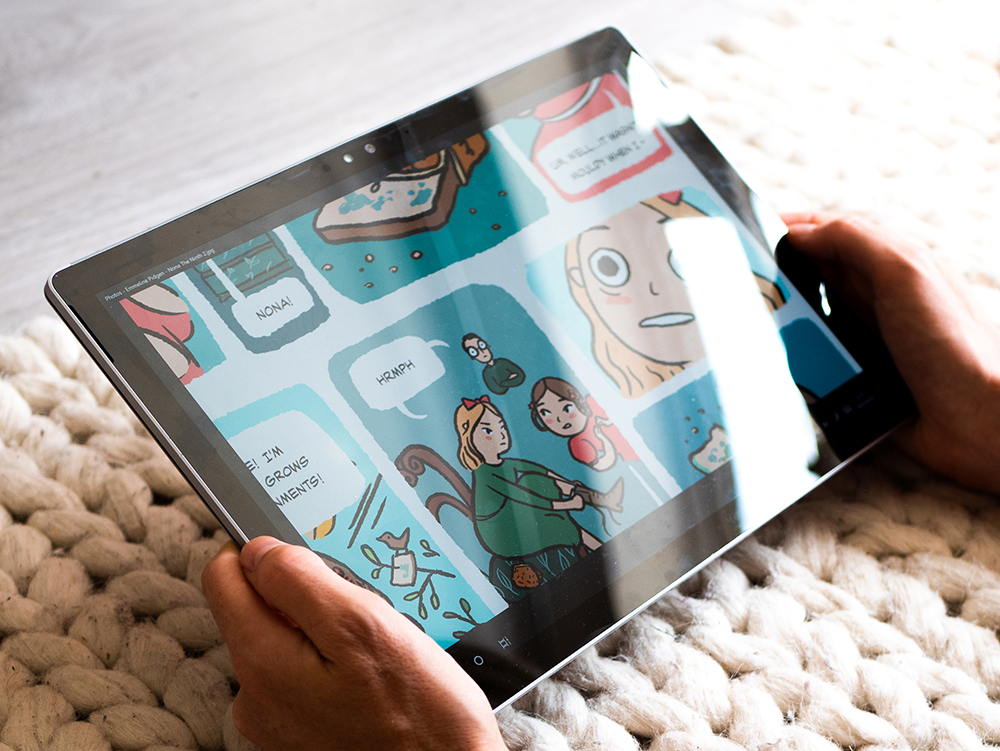 SO if you (or your kids, or your mum, or that cool person you sat next to on the train) fancy finding out more about Nona, or any of the other Goof! stories, you can head to https://www.goofcomic.co.uk/about and sign up for a year's subscription sent each month (£12, so each issue is £1!) at https://www.goofcomic.co.uk/register All of the subscription money gets split between the creators, so it means a lot! We've had loads of amazing feedback from kids to comic-reviewers, so don't be shy!