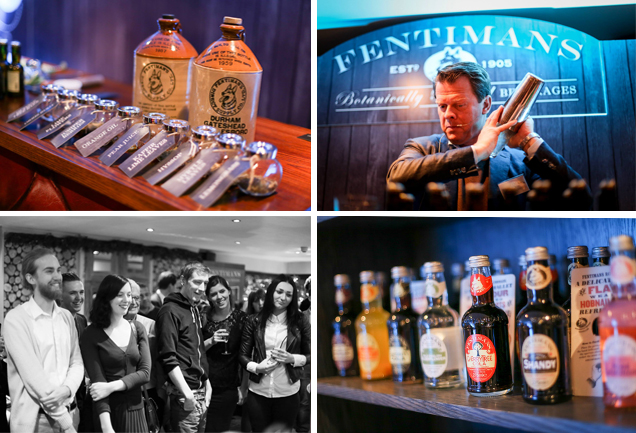 Since my 'Best Arts & Culture' blog award I've been lucky enough to be invited to a number of exhibitions and events.  Living near Manchester (and having a bit of a sweet tooth) I thought this launch, for heritage soft drink brand Fentimans' new range, would be an evening well spent (and a welcome break from the studio!).

The launch was at the lovely Great John Street hotel in Manchester, and we had some of the world's best mixologists on hand to whip up some tasty treats.

The Fentimans range sells itself on being botanically brewed (and established way back in 1905), so it was really interesting to grab the chance to learn about the unconventionally traditional brewing methods for their soft drinks.  It felt a bit like a real life episode of 'How It's Made', but honestly I love to learn about things I've never considered thinking about.

The room was littered with Victorian-curio style pots with various ingredients Fentimans use. I won't deny giving them all a sniff, but I have to say some of them taste far better in a drink than they smell in storage! 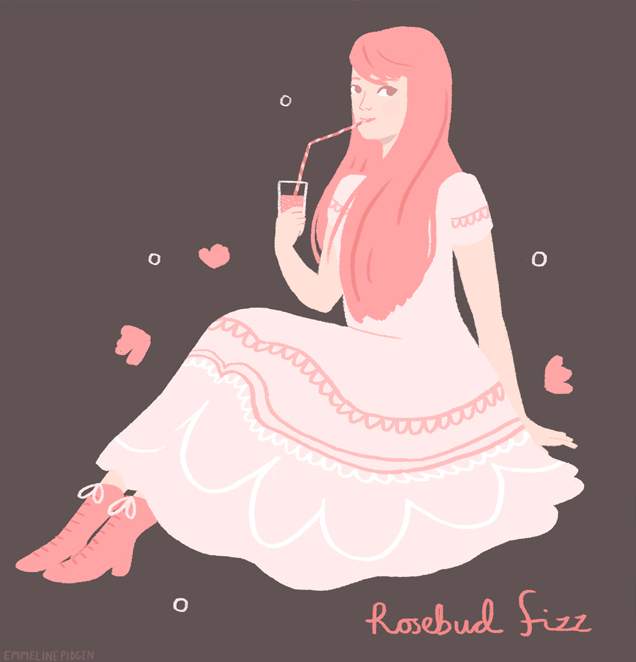 There's something that sparks the imagination about cocktails (with or without alcohol!); I think it's the inventive names, odd combinations of flavours and rainbow of colours - something about them suggests personality.  I thought it would be fun to draw up some characters inspired by a few of the soft drinks and cocktails available on the night.  The two that really caught my eye were Rosebud Fizz (a pretty pink Rose Lemonade fizzer, garnished with rose petals!) and CC Sweet & Sour (think Cola with lime and oranges!). 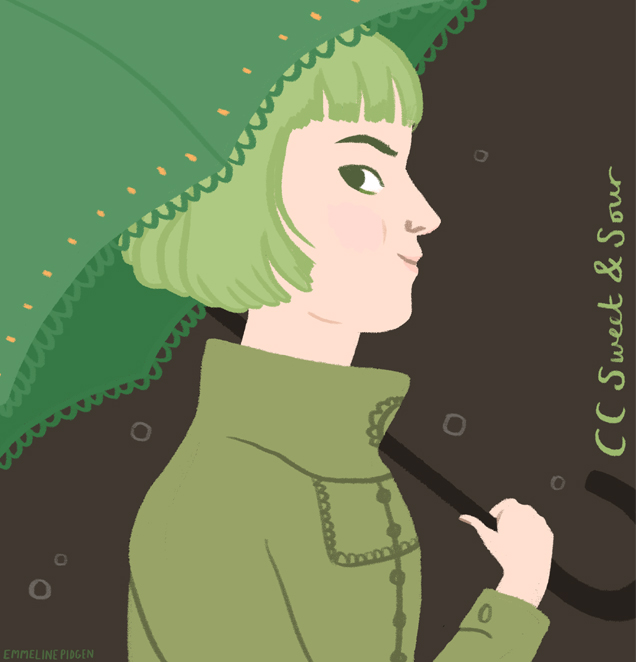 I'm often inspired by colour, and strong limited colour palettes are an obvious focus here.  I set myself a little time to create simple, quick character illustrations which honed in on the ingredients of the drink, the colours, the 'personality' and the slightest hint of Victorian style.


It's definitely great practice to pull inspiration from odd sources, to be honest I think almost anything has the potential to inspire a character or illustration (no guarantee they'll be amazing if you choose a bin or something though...but prove me wrong!).

It's worth the challenge to grab the tiniest hints of inspiration you can, and run with them - sketch strange characters, draw odd worlds - you never know what ideas they might spark later.

[P.S Big thanks to Neil Denham for use of his event photos. I had a bit of a disaster and lost all mine, Neil saved the day!]
Posted by Emmeline Pidgen Illustration at 14:33