So, as you may know, I've been out-of-this-world-busy recently working on three separate book commissions at the same time, as well as a few other jobs on the go too.  Yup, no rest for the illustrator.

However, in the midst of these slightly secretive projects that I can't really show you anything from I've taken some time out to create a few other illustrations just for the pure love of it.

First up - 'Amulet'
So, well yeah, I did say it was for the pure love of it, but this one is also for the Cheltenham Illustration Awards - themed on a collection of amulets and charms.
I ended up feeling really happy with the silhouette and shaping of this one, and general colours too I suppose - that said - I'm not going to let myself get my hopes up (as I usually do).  Luckily the judging for the awards is far enough away that I will hopefully just forget all about it. 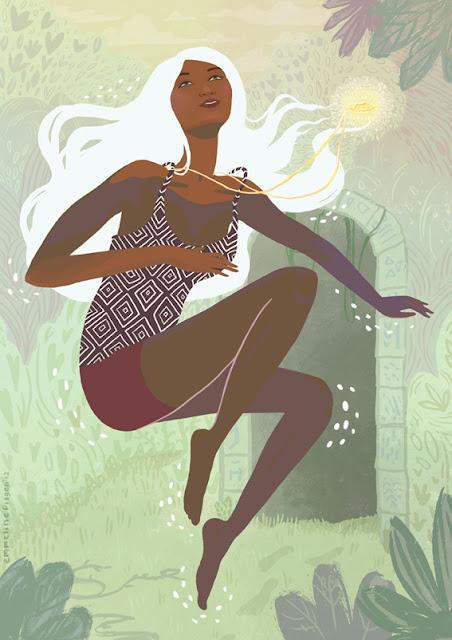 Here's a really scrappy process sketch and some inspiration for the illo. 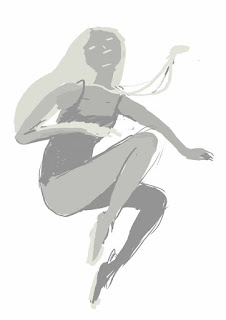 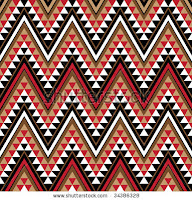 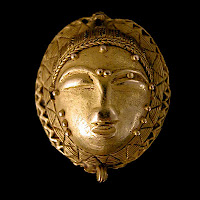 With the theme of the illustration - rather than thinking about the amulet as a physical object, I was focusing more on where one might be discovered, and by whom.  From growing up with adventure stories and an active imagination the idea of stumbling across a magical amulet is so tantalising - there's infinite potential for adventures to spin from it, which powers would you get? What would you use them for? How would it affect your life? Pretty exciting! 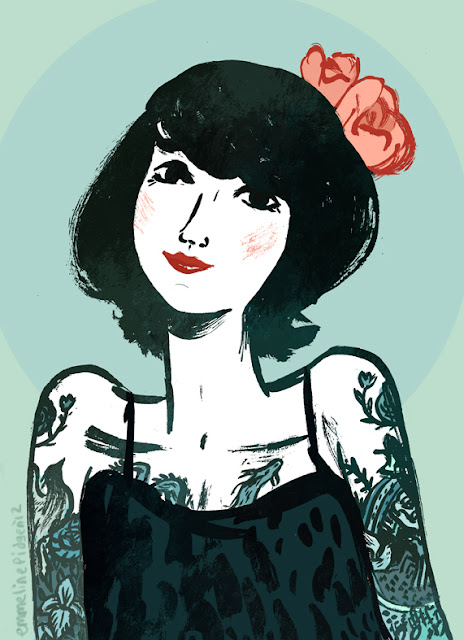 Okay, well, second up - this lovely lady stemmed from a very quick slick of the brush with some Indian Ink. Every so often I like to break away from the computer and go a bit wild with ink or paint on paper. It's just refreshing, for your screen-wearied eyes as well as your soul.  Every so often something I really like will appear and I'll take it further into a coloured piece. I particularly enjoyed painting the tattoos on this Miss, definitely something you might see more of - illustrations within illustrations!


So that's that. Back to work Emmeline, back. to. work.
Hopefully soon I'll be able to share some of my commissioned work!


Let me know what you think of these illos, leave me your words.  Speak soon, Emmeline.
Posted by Emmeline Pidgen Illustration at 12:34