Towards the end of last year I was asked to work on my very first animation for a client! Chog Zoo Animation wanted me on board for a commission to work on an animation for Stockport Council - and I jumped at the chance to work as part of a team, and see my characters in motion!

The animation was based around the not-so-nice proposed budget cuts, and the idea of working with the local community to hear their opinion on moving forwards. 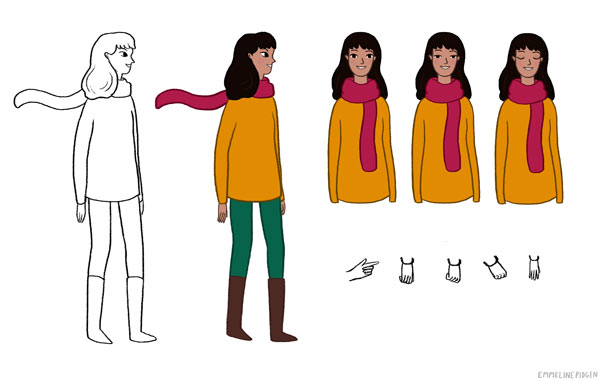 I worked closely with Chog Zoo in creating early concept art, character design and storyboarding before taking the floor and illustrating the assets before they worked their animation wizardry.


I first illustrated the main character Pippi, and steadily brought in a whole cast of characters to represent the Stockport community and support the narrative. We included backgrounds and buildings showing key locations in Stockport and the surrounding Greater Manchester area; and represented the issues and that Stockport is facing, as well as the progress that is being made. 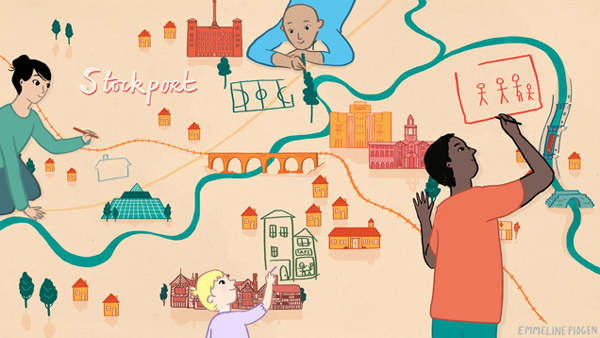 We were lucky enough to have the oh-so-talented actress Josie Cerise on board for the audio, and I'm very much hoping to work with Chog Zoo and Josie again in the future (maybe on a slightly more fictional piece!). It was fantastic to branch out into moving image, and they're a seriously great bunch of people!


The final video faced some severe editing and script-changes, but it's great to see councils engaging their communities through artistic animation. You can see the full video below!

Posted by Emmeline Pidgen Illustration at 17:22